What is AB5 Law and How Does It Impact The Event Industry?

What is AB5 and who does it apply to? What are the misconceptions about it and how in the world am I going to continue to run my event business in California? And the big one… what is the cost?

Let’s unpack AB5 and answer things like What is AB5 and who does it apply to? What are the misconceptions about it and how in the world am I going to continue to do business in California? And the big one… What is the cost?

There's a lot to unpack here so let’s get down to it:

What is AB5 and Who Does it Apply to?

AB5 is the assembly bill passed in September 2019. It's a California law that limits the use of classifying workers as independent contractors, rather than employees.

What the State of California is trying to do is recoup revenue, because when you "1099" people, the states miss out on revenue.

The goal is also to protect your crew and the employees, because as an employee, they are entitled to greater labor protections, such as minimum wage, sick leave, unemployment, workers' comp... all those things that typically would not apply to your independent contractors.

Concern over employee misclassification, especially in the gig economy, is really what drove support for the bill. So what exactly is it? AB5 makes the ABC test for determining employment a standard.

In California, a 1099 contractor must meet these three conditions::

#1 – They need to be free from the control and direction of the company they're working for.

In the events industry, you tell your crew where to go and what to do. You're paying for travel. Often you're providing a script and cues and you also give them a schedule to follow.

#2 – They must be performing work that is outside the course of your company's usual business.

#3 – They must have their own independently-established business trade or occupation.

If you can say all three of those are true, then you are in the clear to make your people 1099 versus W2s.

What are the Misconceptions About AB5?

Unfortunately, having their own LLC set up alone does not qualify them as a contractor, just because they want to be a contractor.

"I don't have any liability if I ask my crew to provide their own workers' compensation policy."

This is also not true. Just because they carry their own workers' comp doesn't mean you're not exposed and liable for misclassification. It just means you have an extra layer of coverage for workers' comp. At the end of the day, if they are injured on the job, they're going to go after you.

"Because I use labor agencies, I don't need to worry about AB5."

This is a big one because, in reality, you do!

If you're having people at your client's job site that you are directing and controlling, just because you source that work through a labor agency, it doesn't negate the liability that you have.

This is not true either. It applies to any work being done in the State of California and to any California resident doing work outside the state.

How Can I Continue to run my event business in California in a Cost-Effective and Compliant Manner?

Let’s talk about the financial impact of AB5 on event companies. There are a number of things to consider, but there's good news at the end of this... don't worry!

There are additional costs associated with carrying W2 employees:

The first tax you're going to pay as an employer is Social Security. That's 6.2%. You also have Medicare, which is 1.45%. Those two combined equals your FICA, which is 7.65%.

In the State of California, that could range anywhere from 3.4% for a brand-new company, all the way up to 6.2% of wages. The good news is, it caps. You're only going to pay state unemployment on the first $7,000 of wages in California.

The way sick leave works in the State of California, you must provide one hour of sick leave for every 30 hours worked. There's a cap on that and it caps at 48 hours per year or six days of sick time.

There are also minimum wage laws. These are not as applicable in our industry because we're talking about people who are well-paid because of their technical talent.

Other compliance obligations you have to verify include the I-9, wage rules, the Equal Employee Opportunity (EEO), Fair Labor Standards Act (FLSA), Americans with Disabilities (ADA), and then the Affordable Care Act (ACA). 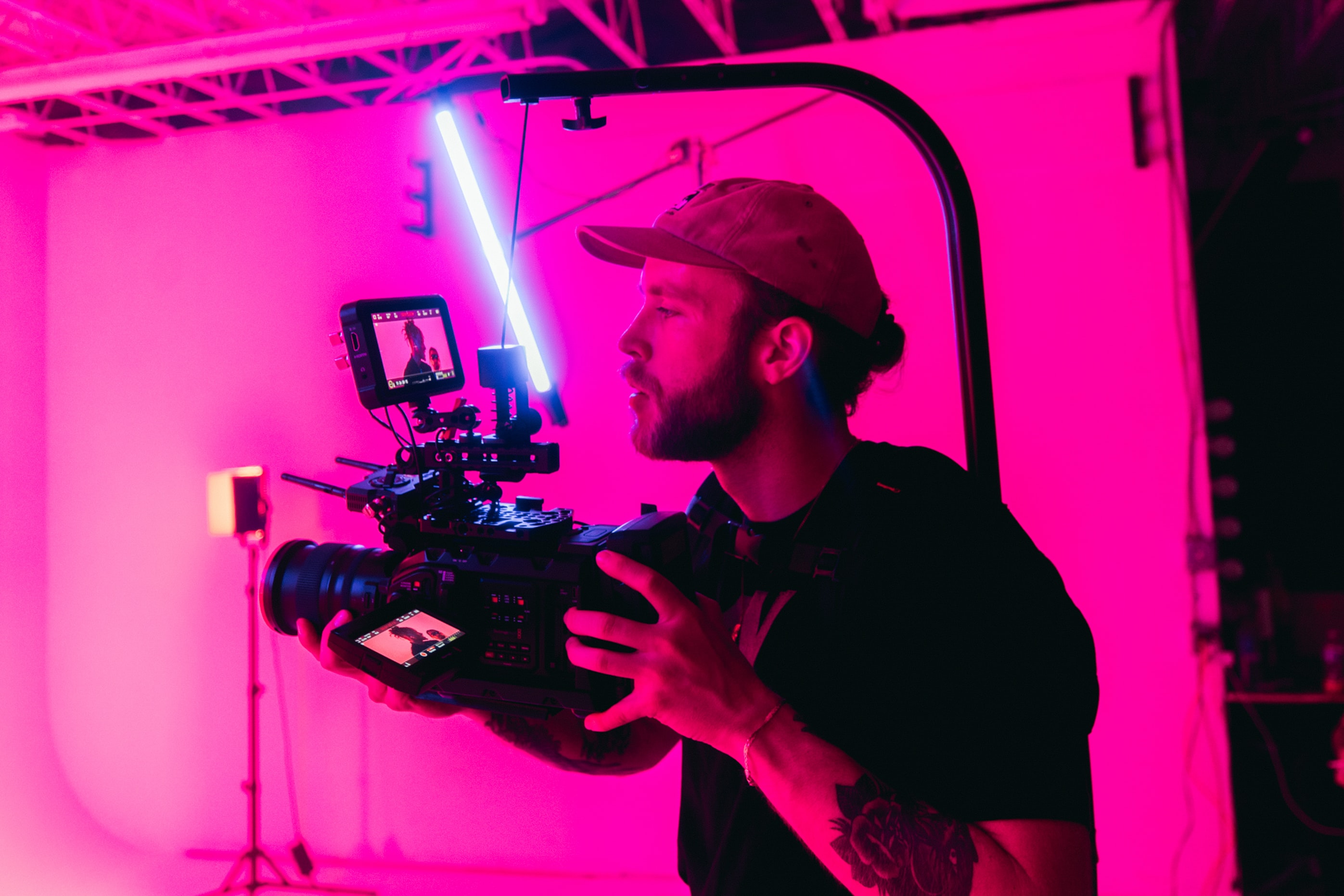 How AB5 Benefits the Talent in the Event Industry

Now, let's talk about how this affects the talent in our industry financially. Many people think if I become a W2, I'll make less money. This is simply not true.

Let’s look at a scenario where a tech works a three-day gig. The tech works 10-hour days making $40 an hour in the State of California.

Instead of paying the 7.65% FICA that we talked about, that independent contractor, because they're both the employer and employee, they double that! Their tax burden on that $1,200 is not 7.65%, it's 15.3%!

If they get their own workers' comp, there are no volume discounts there, so they're paying roughly 5%. The total cost on that $1,200 as an independent contractor for taxes and workers' comp is about $245. That means it's going to net them about $955.

They can write off expenses and they can submit invoices for their payment. So again, net wages on $1,200 is about $955 that they're going to take home... and that doesn't include income tax.

Now, remember they only have to pay half of the taxes, right? Because you, the company pay the other half. They no longer cover their own worker's comp either. That means their net wages are $1,220. That's $260 more!

Now all the companies out there, you're probably saying, well, gosh, that means it's going to cost me a whole lot more. All is not lost. What we need to look at is what you have to lose by not doing that.

Let’s look again at the same scenario. $1,200 is what you'd pay an independent contractor in total wages. If they're an employee, it goes up to $1,300. Again, you're only paying half the taxes too. You're splitting that tax burden!

So as a result, the amount of extra pay companies are responsible for now carries an extra cost of $340 on the same wages.

What are Your Options to Absorb this Extra Cost?

First, you can increase your prices to your customers by educating them on AB5, which I promise, your clients will appreciate knowing without a doubt. One hundred percent of the people you're sending on-site will be W2 employees, which creates loyalty and safety.

Second, renegotiate your rates with crew. This does not mean you pay them less or they make less. Learn the numbers and how they affect everybody.

You're splitting the tax burden. So again, it doesn't mean the techs need to make less. It just means you're contributing less for taxes, because it's a split bill.

Third, be diligent about shopping for your workers' compensation.

At LASSO, one of the things we do is help companies understand the true cost burden to employ people. Part of that is collecting workers' compensation to build out their total cost.

We find that companies are not correctly coded. There are no workers comp codes specific for our industry, but there are certain codes out there that are truly applicable. I'll give you a hint, 9154 (workers comp code).

If you don't see that on your workers' comp declaration page, you're probably coded incorrectly depending on your state. Another option you have to absorb the cost is to hire a company to help you there's an employer of record.

There is also what's called a PEO, which is a professional employer organization, similar to an employer of record, but the services are more comprehensive that you can tap into.

Then there's certainly payroll. So. The most important thing you can do is educate yourselves. Educate your customers and educate your techs!

To recap, what did we learn?

First and foremost, AB5 is a real thing, and it's possible to become compliant in a cost-effective manner.

Many companies in our industry have successfully reclassified their workforce and are still thriving companies.

Want to learn more about AB5?

Listen to this episode of Corralling The Chaos 👇 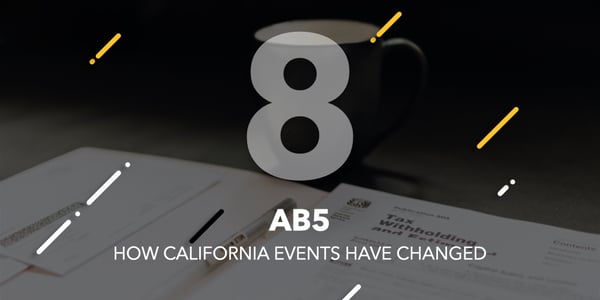 2019 Employee Misclassification Infographic: How to separate what's TRUE from what could be a costly mistake.

For a refresher about what is TRUE about employee misclassification and what could be a very very costly mistake, check out our new infographic

How does the passing of AB 5 impact event & entertainment companies?

We combed through the news on AB 5 in an effort to understand how it will impact your event & entertainment business. Here is exactly what you need...

The Supreme Court of California established new employee misclassification rules for determining whether a worker is a freelancer (1099) or a W-2...